Desiree Perez is an entertainment industry entrepreneur and executive who is well known for her work as the Chief Operating Officer with legendary Hip-Hop artist Jay Z’s Roc Nation. She has had a long association with the artist that goes back more than two decades. Desiree Perez has proven her worth in her profession on numerous occasions due to her abilities in the area of negotiating. This has proven to be highly valuable and she was a major player in big deals including major artists such as Rihanna and Beyonce. Desiree Perez also just recently joined Jay Z and Jay Brown at the number forty-one spot on the list known as the Power 100.

The fact is that Desiree Perez is one of the most important female executives in today’s music world. Her posting on the Power 100 list is hardly the first time she has had similar distinctions. 2017 saw Desiree Perez land a spot on the Top 100 Female Leaders In the Music Industry. This distinction was awarded to her by way of the publication Billboard. This award puts Desiree Perez in some impressive company that includes some of the top women in positions such as record label presidents, executives and promotion managers among others. 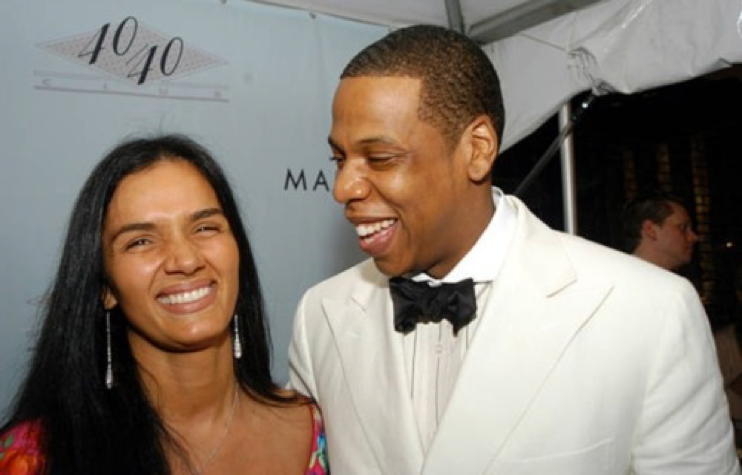 Jay Z created Roc Nation during the 2008 calendar year and what he founded has become much more than a simple entertainment company. Desiree Perez has been an integral part of this operation and its development over that time period. Desiree Perez is one of the main individuals within the management section at Roc Nation and she has also produced some of the biggest concert tours that have hit stages across the U.S. in the last decade. To say the least, she has become an indispensable part of the formula that Roc Nation has used to build up its success.

Dabie Tsai is one of the most knowledgeable professionals in the world of accounting. She has worked with some of the biggest accounting firms in the world. During her tenure at KPMG, she was fortunate to work with entities from all around the world. This exposure was instrumental in defining her views on accounting.

Tsai is a firm believer that the future of accounting is dependent on technology. According to her, in the last decade, technology has given professionals a chance to do some of the more structurally difficult tasks. For example, Dabie Tsai points out that technology has enabled professionals to have control over the future of companies due to predictive accounting. However, she believes that the qualification of the workforce is important (Angel.co).

She also believes that big data and AI are important elements of accounting. Tsai advises companies to learn about and understand two technologies and how they can be applied.

Isabel dos Santos Talks About Women Empowerment And Other Things

Isabel dos Santos is known for being a successful businesswoman hailing from Angola and is the daughter of Angola’s former President, Jose Eduardo dos Santos. dos Santos already encountered a lot of challenges in the male-dominated economy of Africa. However, these obstacles only made her more determined to strive in and empower her fellow African businesswomen.

During the early days of her career, Isabel dos Santos experienced discrimination and sexism that exists in the African corporate world. She also noted that one of the challenges she faced was her opinion being second-guessed even though it was perfectly sound and has solid arguments. She also noted that investors put more confidence in the projects which are handled by men.

However, discrimination and other challenges that Isabel dos Santos faced strengthen her and made her stronger. She believes that by endurance, talent, and grit, aspiring African businesswomen can also achieve that success that she has. She encourages African women to think about their skills and fashions and follow them. It is also a good idea to tap on assets that are never utilized as much such as tourism, minerals, manufacturing, and agriculture.

Perhaps, Isabel dos Santos got her aspirations from her upbringing. HIs father never treated her differently and was always treated the same as her brothers. In addition, her father has been supportive of her every endeavor. One of her advice to parents who like to raise strong women is to support them and their individual strengths. Do not just raise your daughters to wait for a man to marry and support them. Raise them so they can support themselves.

As per the people who want to get started in a business venture, Isabel dos Santos advice is to leverage talents and knowledge. She also emphasized the importance of passion and ambition in every dream. Value time as an investment and is an important asset to your success. Education is also important in order to bridge the gap between men and women in Africa. She believes that supporting other people such as small businesses can help entrepreneurs in bringing success to her country.

When it comes to having a cult following, few companies can attest to possessing this quality. When it comes to companies that were developed as a reflection of their founders, few companies can own up to it. On the other hand, Lime Crime and Doe Deere displays both qualities equally. Doe Deere is the founder of Lime Crime, which is a leader in makeup products. The brand has been around for nine years, and it has taken over the industry in only a few short years. Doe Deere currently resides in Los Angeles, California, but she was born and raised in Russia. This is her home, and she loves it, but at the age of 17, she moved to New York City to begin a career in music. While in New York, she would join a local band, which ended up teaching her a few things. These few things would actually pay off later in life. Deere actually met her current husband while playing in the same band. She spent 14 years in New York City in which nine of those years were in the borough of Brooklyn.

After the band fizzled out, Deere’s passion came into fruition, and she attended FIT in New York City. Her major was in fashion design, and this major would play a major role in the next few years. To her, makeup and fashion goes hand-to-hand. Every since she was a child, Deere and her friends would play dress-up while wearing makeup. Deere always used the boldest and brightest of colors. She always seem to have an entrepreneurial spirit in a sense. At the age of 13, she sold temporary tattoos to her classmates in Russia. While performing in the band, it taught her about marketing. By the time Lime Crime came into fruition in 2008, she already had a firm understanding of doing business as well as an understanding for owning a business.

Deere stuck to her principles, passion and beliefs. She believes that everyone has something that they’re good at and the best advice would be is to stick with what you’re good at. This notion rings true on all levels as she applies this logic into her very own business. Lime Crime has changed the game, especially when it comes to makeup. The brand’s Velvetine lipsticks are its best sellers. The Velvetine lipsticks come in a myriad of colors. Some are deep and rich while others are bold and bright. For those who want to stand out in a crowd, Lime Crime will definitely make it possible

(https://theweirdstore.net/blogs/the-weird-store/how-doe-deere-became-queen-of-the-unicorns). Doe Deere is here to stay and the brand is consistently growing at a dramatic rate. The future looks pretty bright for the Russian-born American, and her eclectic company.